DOSTOEVSKY: the impure force (Demon) IN ME! 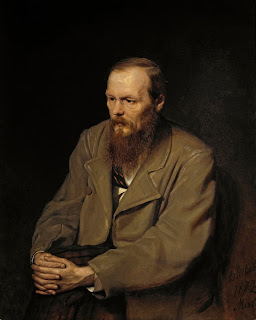 „Impure spirits undoubtedly exist, but their apprehension can be very different.“

Igor M. Djuric
DOSTOEVSKY: the impure force (Demon) IN ME!

Translated into English by Djuradj I. Djuric.
djura2707@gmail.com

Forty years ago, right about the time of my transition from primary to secondary school, I have read my first Dostoevsky: one of his books. The book was called The Karamazov Brothers and after reading it, I did not know where there was more confusion: in the book or in my head. Out of the whole book, one character was particularly impressionable to me, Ivan Karamazov, and he left a deep trace in me at that time. Besides the devil which tortured him and frightened me, the stories about The Grand Inquisitor, which I did not understand at that time, the innocent child tears to which I did not pay any attention since I was a child myself, the word that remained in my memory as the keyword is: a poem. Ivan Karamazov wrote a poem.
My modest notions up until then were telling me that the poem was some sort of poetry. Something similar to Pushkin. However, Ivan was retelling his poem, there were no verses or rhymes, but there was some confusion – which was, in a way, easier and suited me. I instantly desired to have my own poem and to recite it to someone in lunacy and hallucination. I started creating it, writing some of it down in a black notebook I always carried around with me, in a leather officer’s satchel.
We were young, we amused ourselves the only ways we knew and were capable of, so we also went to dances characteristic for those times. It was an adjacent village, a great village, where us town folks used to go, and it was nearby, we could walk to it for a couple of kilometers through picturesque tree-lined alleys and tame nature. We walked in smaller groups while joking, laughing, singing, falling in love and courting. We returned to our homes in the same manner after the dance.
Right about that time, the time I have met Ivan and were creating my own poem, on a summer evening, by accident, a girl in whom everyone was in love with, including myself, and was the elusive dream of all boys and lads, came to the dance with me. How we found each other, myself and her, to go by ourselves to the dance, to this day I do not know. I only remember thinking that the fact I have read Dostoevsky and came up with my poem, would help me in winning her heart over.
I mentioned the great writer to her. She looked at me inquisitively but confused. I was also narrating her my poem while walking next to her. What I was saying: today I do not know. It was sure: I did have my own poem. It was probably about unfortunate love, the absurdity of life, world peace and the inevitable suicide. I was narrating it enthusiastically, with passion, almost like Ivan. I was speaking constantly and she kept silent. I thought that this was a good sign: she must be fascinated.
When we arrived at the hall where the dance was taking place, she looked at me pityingly, stroked my hair and said:
- You’re fine.
In our circles, when someone is considered a fool, they say that he is fine. And: vice versa!
And she walked away from me. She did not even dignify me with a glance. It appeared that she did not even consider me obnoxious, she just did not take me seriously and considered that I was a loser. I returned home alone, to be precise, with my poem. The written pieces of that illusion were burned down with my home in 1999 when the impure forces came down on my country and my home.
The moral of the story: if you want to conquer women’s hearts and be amusing in your social circle – never mention Dostoevsky. Actually, do not mention any major writers but this one by no means. If you can: do not mention him ever – if you are not mentioning him to yourself. I followed that rule later through life: and I have had women and friends. Today, therefore, by my own recommendation, I mention him to myself.
That described experience, I surely did not count as a loss in my heart. No! That, and some other thing as well, opened my eyes and relieved my soul. I comprehended that I do not have to renounce myself but instead separate some matter inside of me. While my life paths have not been going side by side at all times, they sometimes had to cross paths, which are presented by the different life choices, but those intersections were only cases which have never become rules. Admittedly, I have never separated my dreams from reality but I have never again shared my dreams with those who do not dream.
My former unfulfilled love later married some good-looking but dullish scoundrel who has never heard of Dostoevsky or read a single line of any book in his lifetime but has ruined her life and removed the smile from her lips. They say that she later remained alone and empty, with her beauty only visible in fading traces. She lived her life as many fatal women from the narratives of Fyodor Mikhailovich. I, however, did better both in love and in life, and consider that Dostoevsky (and some other) contributed to this: he ennobled me spiritually, strengthened me and beautified me on the inside, taught me that kindness is the basis of everything and that it is reflected in the forgiveness of other people’s happiness and that beauty is invincible (it will conquer the world) if it is on both sides – inside and outside, so I did not even have to mention him, it was implied that I am desirable. 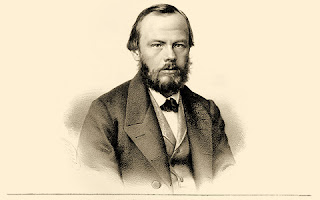 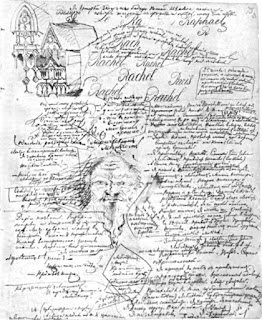 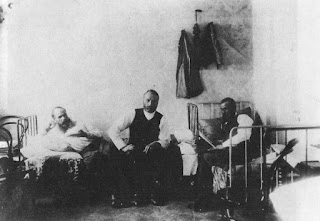 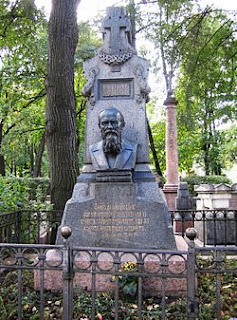 *
NOTE!
I have met, walking through the path of my life, rather schooled and educated people, although many more of the other ones. A good portion of them, during their life and education, had no contact with Dostoevsky, especially the younger generations, and even less felt and understood the essence of Dostoevsky’s works, and those who think they did: did not go beyond the “psychology” and “heaviness”. However, here and there, I would meet someone who has read and understood a thing or two. Therefore, it should be understood: Dostoevsky is quite an overrated creation. As I said at the beginning: a myth!
Today, now, I think that he is not even that anymore. Over 90% of highly-educated young people did not even read Dostoevsky. Not even those for whom it was necessary to, because of the nature of their diploma. The education system they attended did not force them to do so, the people and the atmosphere which are current in the society did not even encourage them to at least try, and those who perform literary-publishing-criticism works even discouraged them with their ignorance and dead ends.
I wonder: are there in Serbia, or the entire world, still some youngsters who are just getting to know Dostoevsky and who think that they have found something relevant for them in there, something which is so important that they have a need to share it with the girl they are in love with. I wish they do exist. Although, if they should be sought anywhere, I would do it in Russia.
As it can be seen from the written, here, in this text, I do not appear as some sort of a literary vulture (critic) who might have any material or any other benefit. I am writing this as someone to whom Dostoevsky was a part of his youth, intellectual growing up and spiritual maturing, so you should value and judge this text according to that. Who does not have a special and personal relationship with Fyodor Mikhailovich, as myself, maybe should not even read this text.
Besides, I did not deal with Dostoevsky much, other than his books, except when it was inevitable – by reading books from other authors who mention him along the way (that is something). Therefore, with criticism and essays about him, I almost did not have any contact (either superficially, shortly, mostly on the internet when it was inevitable) which vastly facilitated this work (because I am not overly burdened by other people’s opinions). I, simply and only read Dostoevsky. And: read! And: again! That is why this is only and personally my judgement, my fate and my verdict!
If my opinion, somewhere matches someone else’s attitudes, that is not mine or their (un)success – but the magic of Dostoevsky. When these thoughts do not match with the generally valid ones, it is again his fault: he knew something that we did not – because he has brought us together even in our differences.
Forgive me, my brother! 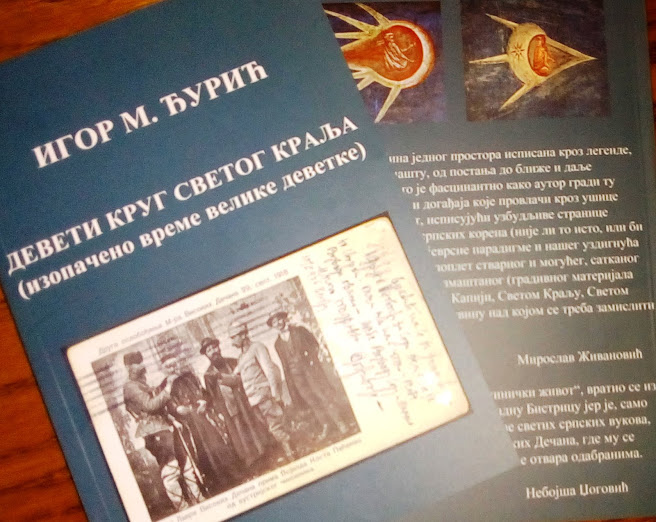 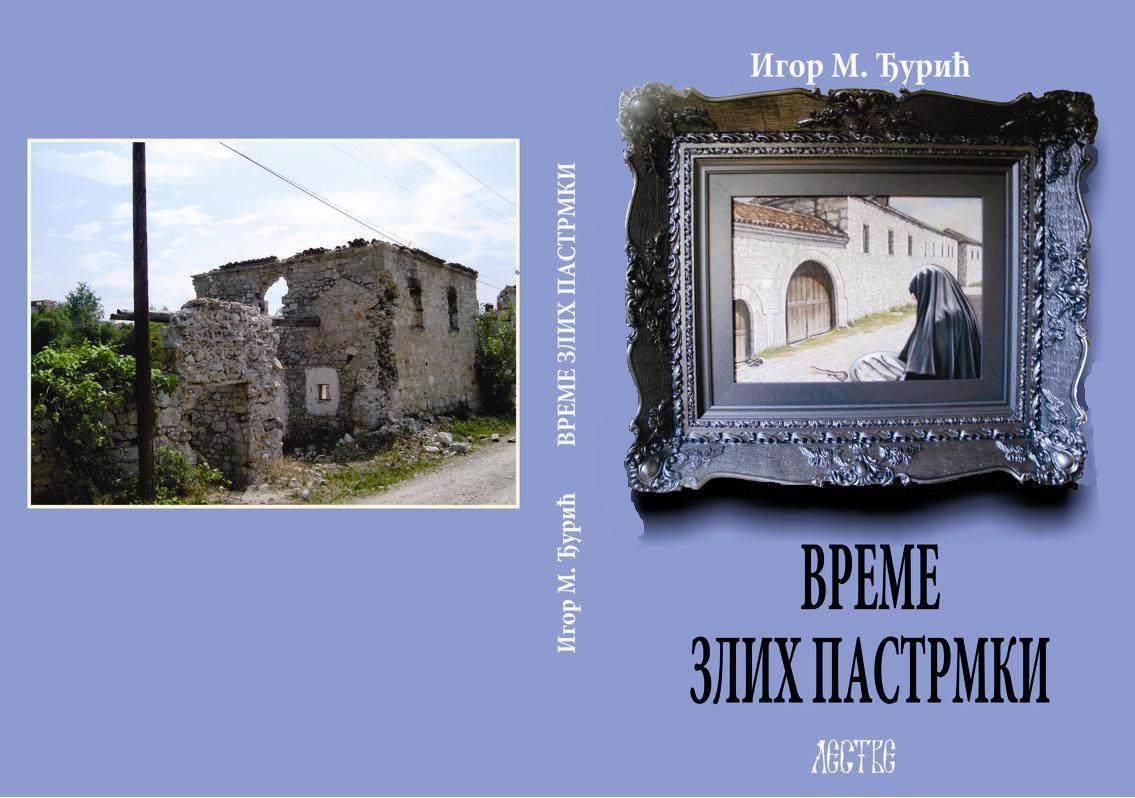 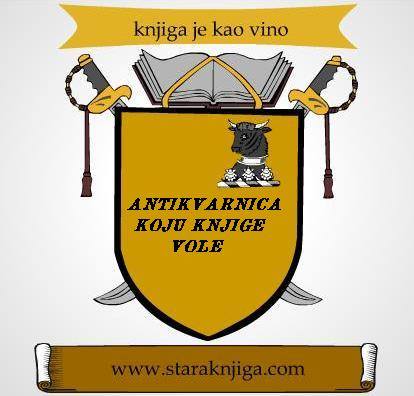 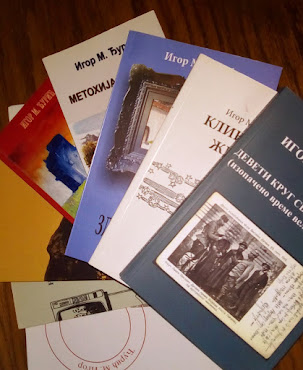